This, my darling beloveds, is the process of making wool cordage. My laurel uses cord to wrap the grips of his fencing swords before applying a layer of leather over it. This is arguably a period process and so I got it into my head one day that I was going to help.

By making him handspun cord. Because I am a crazy person.

I decided to make worsted spun singles, over ply them to make them as smooth and strong as possible, and the either lucet or loop cord them. Tutorials for both those processes will come at a later date. I decided to start this process with some locks of mystery long wool I have. Namely? This:

I pull out the individual locks and comb them to keep the fibers all running in the same direction. This is what makes it worsted spinning rather than woolen (which is what you get when you card wool and let the fibers run all willy-nilly). Combing sounds so quaint and gentle doesn’t it? Like softly running your fingers through someone’s hair, or lovingly brushing out a cat.

These? Are wool combs.

Let that be a lesson not to anger fiber artists.

The next step is to take the combed out locks and spin them, being careful to keep the fibers all going in the same direction and the yarn as tightly spun with a little air and as few nepps as possible. 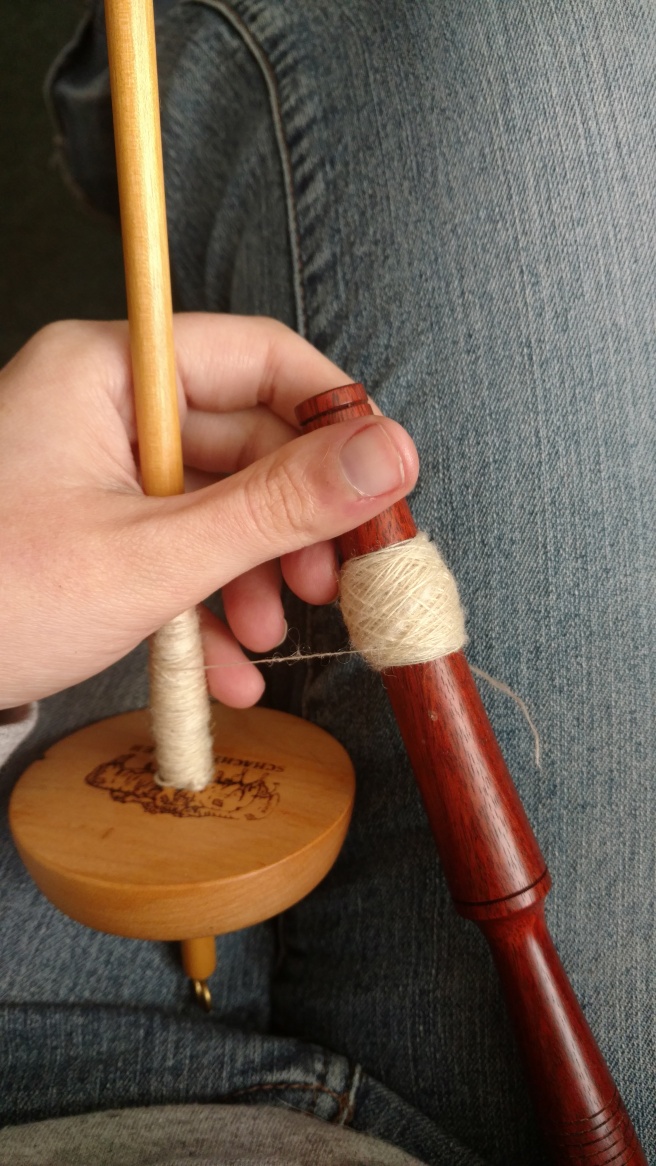 Then you ply your singles: 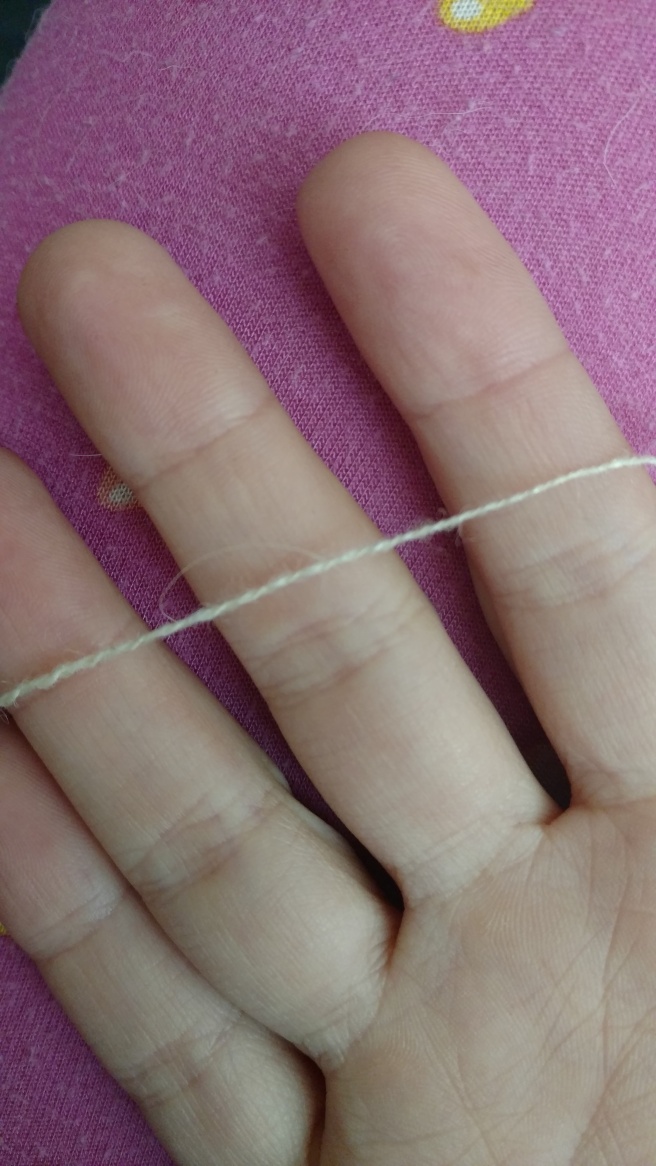 (yes that is 2 ply. Singles were about the diameter of sewing thread)

Then comes the actual cord making. I had initially opted to use a lucet. However this? Was a slow pain in the butt and not an effective use of handspun. Don’t get me wrong, I enjoy lucting, it’s fun and makes a sturdy cord. However it also makes a square cord. This doesn’t make for very good sword grip texture as I think it would end up flattening out and just not working as intended. You really do need a round cord in order to get the proper ridges. So looped cord worked a lot better.

However? I am not very bright and did not take a picture of either the process of making the looped cord OR THE FINISHED CORD. So have a picture of me trying to lucet this.

(yes my lucet is a dragon. Don’t judge.)