It’s been a bit quiet ’round the blog for the last few days. That’s because I’ve been working not writing. To that end here is what I’ve accomplished since my last post:

I have sewn a tunic for Husband. The basic style is based on the Thorsbjerg find: 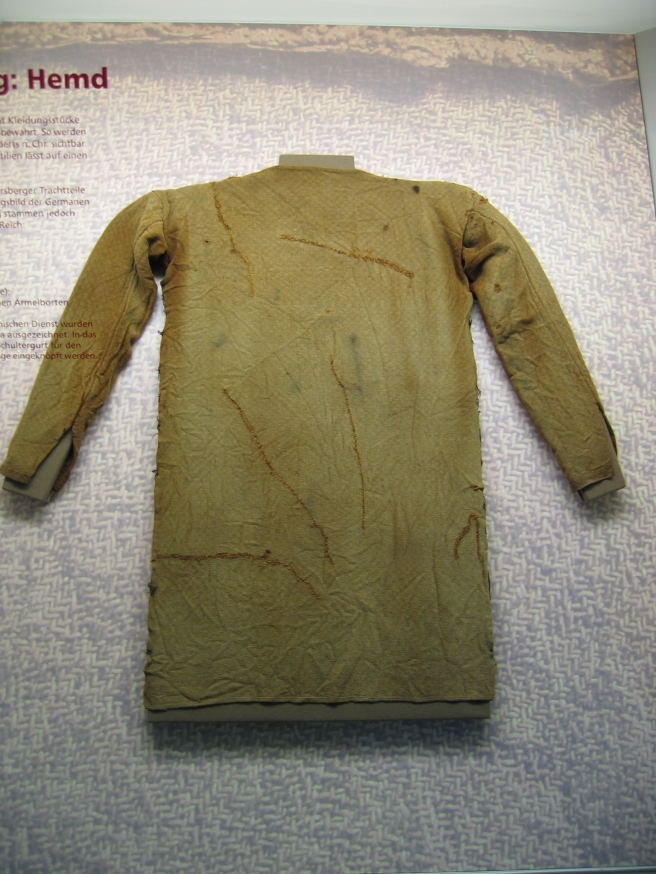 . The basic pattern for that is as follows:

Take a long rectangle. Cut a hole in the middle for your head. Sew two other rectangles on at the shoulders. Leave slits at the bottom of the sides for freedom of movement.

The arms (from my understanding) weren’t cut tapered but rather hemmed down to the wrist. This does make a great deal of sense in terms of resizing to hand off to someone else and reusing the shirt. However this wasn’t feasible with the fabric I had. My reproduction had one major alteration because of this: arm gussets. Non-reproducible because I’d cut them from scrap and fitted them in until the sleeves fit my husband, arm gussets. I also used a keyhole/notch neckline rather than a simple round one because I like the look better and they seem to fit my husband better without making him either feel like he’s choking OR having to be so big they’re practically a low cut scoop neck. 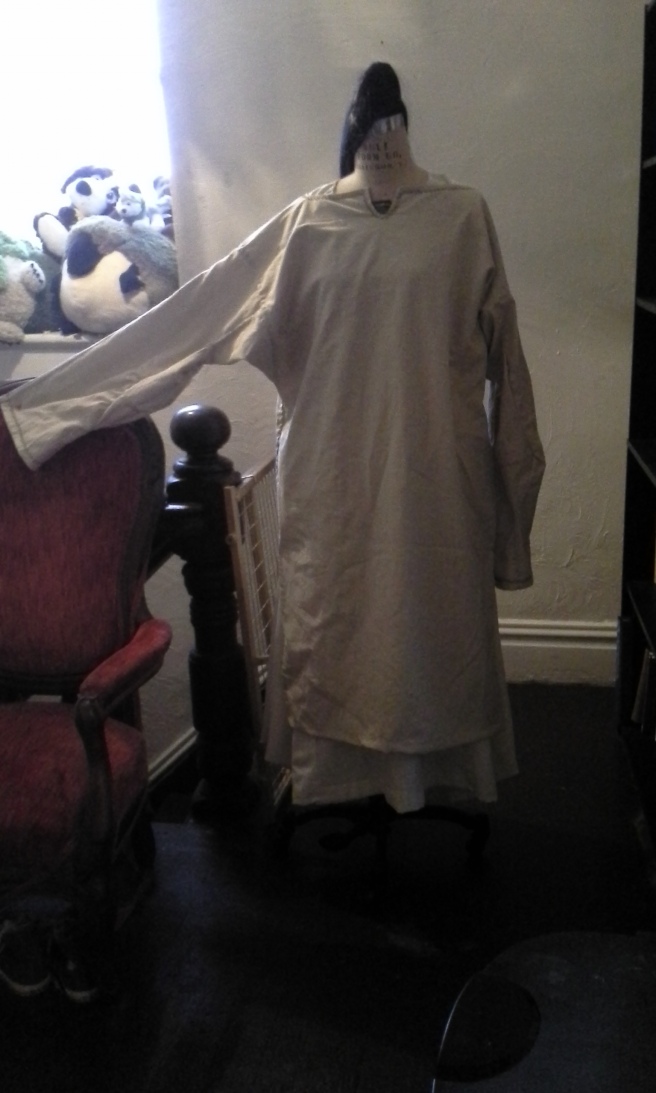 Yes it’s on a female dress form. It is what I have people. Again, poor quality pictures are due to the old semi-clever phone being the only camera I have access to.

The other notable thing about this tunic is it contains my first attempt at the herringbone stitch (shown here in green and gold): 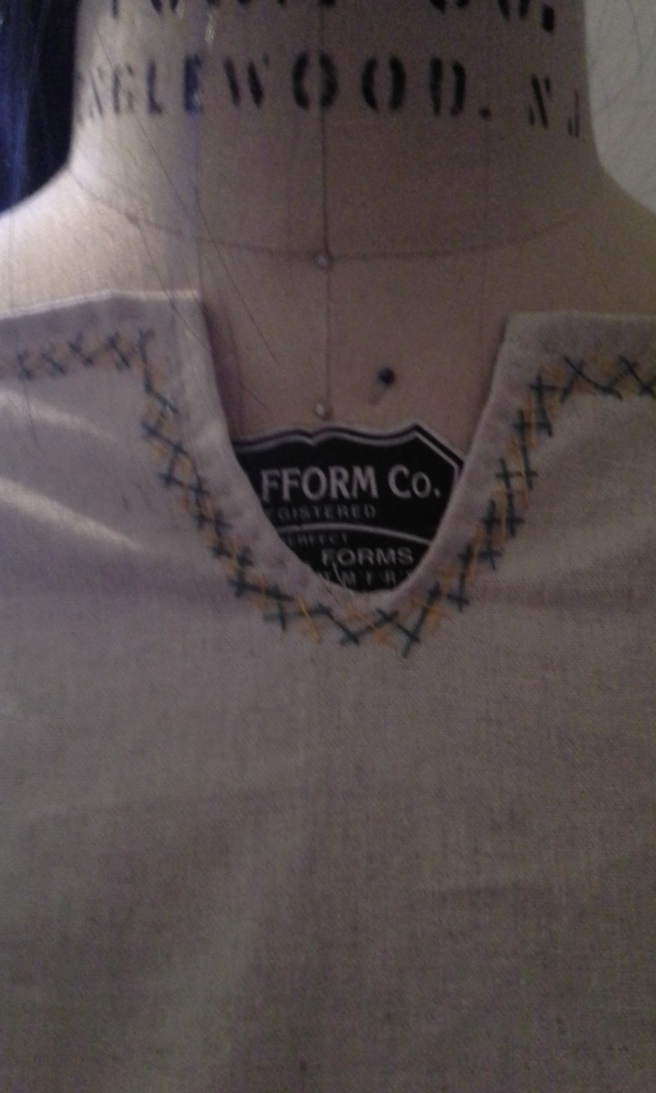 From what I’ve seen and been led to believe (I haven’t documented it yet myself though I really should) this particularly simple embroidery stitch was/is a popular style of embellishment for early period garb. If it isn’t period-period it’s at least SCA period.

This isn’t the final tunic. I have plans and the yarn to weave trim for the bottom of it that I may or may not get around to in the next two weeks. But it’s wearable, the seams are finished, it’s hemmed, and the neckline and sleeves have something on them to keep it from being a plain oatmeal colored shirt.